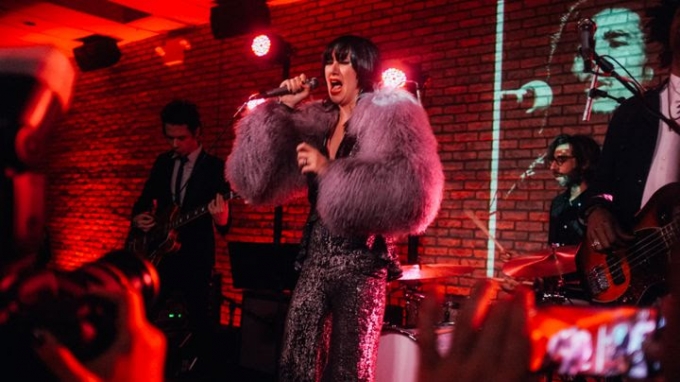 Rock’s images adorn the covers of some of rock & roll’s most celebrated albums, including Lou Reed’s Transformer, the Stooges’ Raw Power and Queen’s Queen II. He’s also earned renown as a video director, helming iconic clips for David Bowie that include “Life on Mars?” “Space Oddity” and “The Jean Genie.”

So it was no surprise that for the film’s afterparty, a rotating cavalcade of rock vocalists performed a raw, nearly all-covers set of songs by Reed, Bowie, the Ramones, Prince, Velvet Underground, Roxy Music and the Stooges.