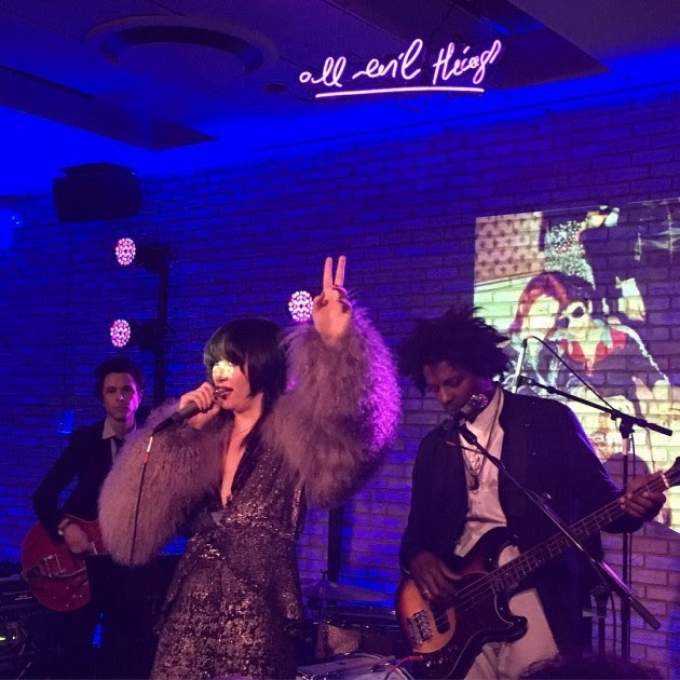 Shot! The Psycho-Spiritual Mantra of Rock, the documentary on legendary rock photographer Mick Rock — who’s known for iconic shots of Bowie, Lou Reed, Iggy Pop, Queen and many more — had its premiere last night (4/22) during the Tribeca Film Festival. There was an afterparty at the Dream Downtown hotel in downtown Manhattan (set between the Meatpacking District and Chelsea) which had live performances, including the first Yeah Yeah Yeahs show since they went on “a bit of a hiatus.” (Their last hometown show was at Barclays Center in 2013.) They played some YYYs stuff of course, and also worked Bowie and VU covers into their set for the occasion.
Other performers included Gogol Bordello frontman Eugene Hutz, TV on the Radio, Marky Ramone, Sky Ferreira and Beastie Boys collaborator Money Mark. Mick Rock himself was in attendance, as was Debbie Harry, NYC nightlife staple Nur Khan (who presented the afterparty) and many more. Click here for pics and clips from the show: http://www.brooklynvegan.com/yeah-yeah-yeahs-played-their-first-show-in-years-at-the-mick-rock-doc-afterparty-pics-videos/