Mick recently teamed up with Pretty Green on a range of limited edition t-shirts developed from his iconic photographs of David Bowie.From Pretty Green’s press release:
This season we’ve had the pleasure of working with the legendary Rock and Roll photographer Mick Rock on a range of limited edition T-shirts developed from Mick’s iconic photographs of David Bowie.
Often referred to as “The Man Who Shot the Seventies”, most of the memorable images of David Bowie as Ziggy Stardust were shot by Rock, in his capacity as Bowie’s official photographer. Being part of this Glam Rock movement meant that Mick’s lens was at the heart of a cutting edge music and fashion scene which radically transformed the culture of the times.The photos we’ve used for ‘The David Bowie Collection’ were taken in 1973 and are a mixture of performance images and those taken from the iconic saxophone session which formed part of the artwork he art directed for the ‘Pin Ups’ album. At the time Bowie’s experimentation with makeup, mime and outrageous costumes were revolutionary. They were like nothing ever seen before and inspired a whole new generation of rebels.

Here’s a look at Mick Rock x Pretty Green in the news! 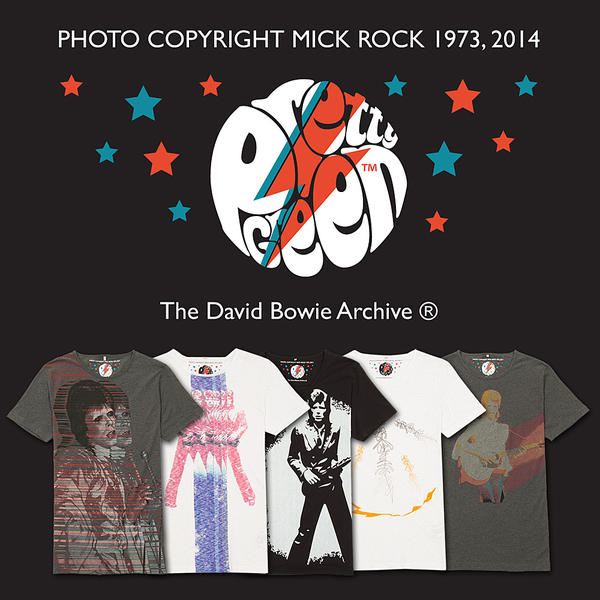