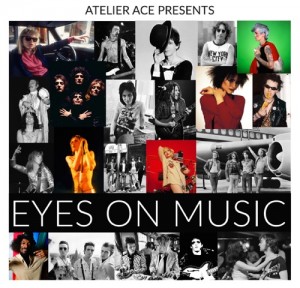 Bob Gruen and Mick Rock – the photographers most responsible for how we remember a legendary decade of rock and punk – shared a stage for the first time on September 30 at Ace Hotel New York’s Liberty Hall. Writer and rock historian Legs McNeil moderated. The invite-only hourlong talk, served as a precursor to Atelier Ace’s celebration of Gruen’s new exhibition Rock Seen, and coincides with this year’s LDNY Festival — http://www.ldnyfestival.com. A Q & A session and dance party with DJ Howie Pyro followed the discussion.

Mick’s new book, Exposed, features a blend of the classic, the very recent and never-before-seen photos. Exposed is also the name of Mick’s current exhibition at the Sumo Gallery at 37 Walker Street in Tribeca. It is open Tuesday to Sunday 11am to 7pm and runs until October 19.